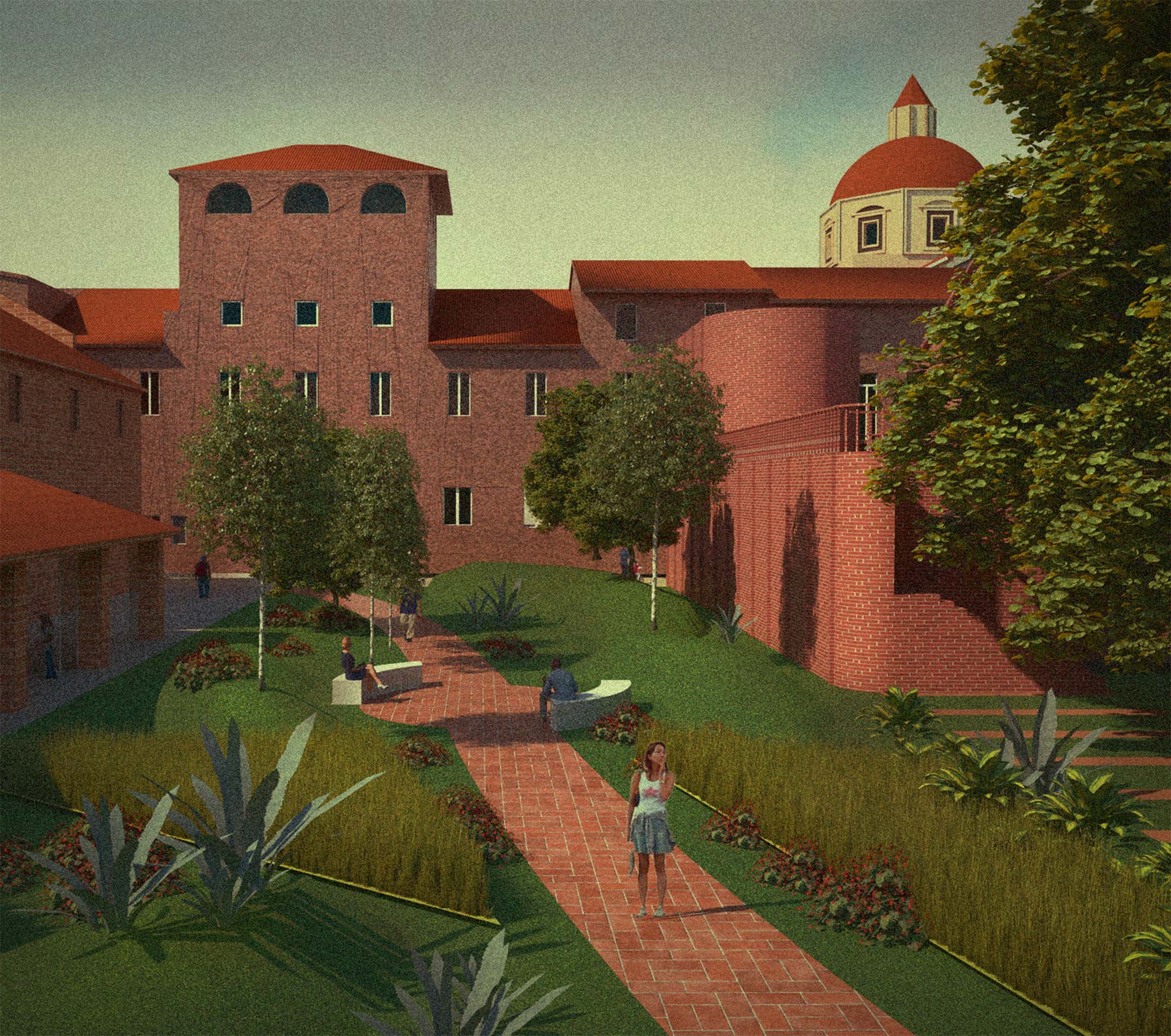 My 93 years old grandmother doesn’t get Artificial Intelligence and I don’t feel I should bother her trying to explain. In fact, as an Urban Designer I am fascinated by the simple ancient world she grew up in and I can see how architecture could learn from the social economy of a semi-industrialised system.

How quickly things have changed from the time of our granparents. Two generations are well within the average human lifespan and would not seem long enough to incubate a substantial alteration of the basic socio-economic paradigm of civilisation. Yet everything is different from the early 1900s. The pace of change is accelerating and the land of plenty promised by Modernity and industrialisation, one of widespread progress and prosperity, is vanishing before our eyes.

Life in Europe before the two great wars was most certainly physically tougher yet, at once, it was also easier, at least more clear from a bio-ethical point of view.

Local customs, religion and family had a firm grip on the ambition of individuals. Individuality was less of a religion to start with. The political framework reflected the rigid clarity of those institutions with clear divides at international, national and local levels. Economics and society were clearly defined in macro blocks of classes and inter class relationships. Demand and supply, capital and labour, left and right could not be mistaken for one another. Although resources were less abundant, life was simpler and perhaps healthier. Agriculture had yet to encounter pesticides and chemical fertilisers and industrial pollution was negligible compared to our times. Society connected at the level of local community and the absence of Internet and social media resulted in a distinctively smaller number of connections, that may not have been necessarily less deep or less complex. Our grandparents did not have to worry about genetically modified crops, rising sea levels, natural soil erosion and greenhouse gases.

A Modernity of Mixed Feelings

This is not to say that we should go back to horse-carriages and refusing vaccinations. Modernity has brought vital steps forward for humanity and we should not ignore their importance. Far from it, mine is an attempt to establish a historical perspective to gain a degree of critical scrutiny when looking at the plethora of wondrous inventions that keep popping out from the pandora’s box of Modernity. The fast paced progress of our times, started by the refinery of oil in the second industrial revolution and sped up with the silicon based computation of the digital revolution, has taken humanity by surprise leaving no time to separate right ideas from wrong outcomes, overwhelmed, as we are, by the overflowing cornucopia of innovation. In these interesting times many influential and prolific authors are advocating for an urgent review of the modern paradigm of Western capitalism. The wide gap in living standards between the north and the south of the world is shrinking rapidly and rightly so. The legacy of colonialism and slavery should be, and hopefully is, vanishing. This is right. What is less right is the specific socio-economic model that both north and south are pursuing. The planet is incapable of supporting near 9 billion people living at the standards of the US middle class. Climate Change is our alarm bell yet Climate Change is only the tip of the iceberg of a much wider and deeper issue, namely the dualism between humanity and our ecosystem.

When my grandmother was young agriculture in the south of Italy resembled a natural cycle a lot more than industrial agriculture in the American mid west today. The only fertiliser known to farmers was organic matter, crops had been rotating for millennia to keep the same soil fertile. Bio diversity was embedded in the seed selection to guarantee, at once, the natural balance of the eco system and a good variety of food on the dinner table. No one in their right mind would imagine to patent the genetic code of plants and fields in the countryside did not need a chemical warfare to grow healthy crops. Indeed my grandparents had enough of wars. Yet war and agriculture have been strongly linked. Many argue that the end of second world war left a legacy of unused chemical weapons. The US experienced an excess of bomb making material that was effectively made into fertiliser and also an excess of nerve gas that was turned into pesticides. Overnight the military industrial complex moved into the agricultural industrial complex and effectively modelled a chemical dependency into the workflow and production systems of traditional agriculture (Jeffrey Smith in the Need to Grow www.grow.foodrevolution.org) The global fertiliser market today is worth $170 billion and aggressive marketing strategies are implemented to hold onto the monopoly of patented genetically modified crops designed to resist pesticides and unable to grow without fertilisers. But I won’t tell this to my grandma. I would rather share with her that organic food consumption is on the rise everywhere due to a more aware demand side and to the laterally scaled network of small producers on the supply side. In the epic struggle between Chemical Goliath and Organic David every little helps. Even at the smallest scale, organic food production matters. In recent years micro farming and urban allotments have experienced a true renaissance. This might be due to social value effect – who can deny the glamour of growing tatties in designer boots? – or a personal psychological effect – gardening and growing vegetables have been effectively used to cure anxiety and depression (J. Hari, Lost Connections, 2018) – or for the sheer pleasure to have nutritious food that actually taste like food. Micro farming and urban allotments are also key in our ongoing battle with greenhouse gases since healthy soil work as an effective carbon storage system.

This is when urban designers and architects come into play. Since I started my architectural studies a few decades ago, my discipline has been tinkering with philosophy of language, deconstructivism, complex geometry and other fascinating intellactual digressions. Through parametric design, some architects grasped at least two fundamental aspects of what Marcel Mauer defines Regenerative Design: biomimicry and complexity. With biomimicry we may refer to the tendency of designed structures to emulate natural structures. This can be implemented to create buildings that look like frogs in a spinning washing machine or to design an urban environment that acts as an eco-system. You choose your game. Complexity is a much wider aspect that links back to chaos theory and the ecology of biomes. For the little time left in your attention span let me grossly summarise the matter into the suitably catchy formula “everything is connected”. The scary fact, exposed by contemporary authors such as Nassim Nicholas Taleb (among others), is that we have little idea of what is connected to what and, more dramatically, we don’t know that we don’t know a lot of stuff. A handful of fertile soil has more living organisms in it than humans on earth. The interconnected agency of all those microorganisms makes the soil healthy, the ecology balanced and the food nutritious. Ignoring the unexplored inter-web of complexity and implementing top down, vertically determined production systems means severing the self balancing forces resulted from evolution. Top-down might work in the short time but it will bite us back in the long run. Architecture and Design have for too long reflected Modernity and its tendency to separate and isolate allegedly independent systems. Rationalist planning focused on marking thick lines between different use zones and to classify each of them with a mono-culture/mono-use. Areas were either dedicated to growing food, manufacturing products, working in offices, shopping, attending social life and retreating back home at night. At the time the reason behind this clear division seemed sound. Urban environments were damp and riddled with poor hygienic conditions. A good clear-out seemed a good idea. More specifically, the bi-products of industrial and agriculture activities were unsuitable to be mixed up with residential areas. At the same time the economy of scale of industrialised production called for a tabula rasa of single uses in order to stream line the production/logistics equation. The linearity of zoning thinking resembled a Fordist production chain.  For quite some time the approach seemed to work well but eventually it started to create undeniable diseconomies. The downtime of empty logistics parks started to seem absurd in cities pressured by lack of housing, unaddressed social issues of post colonial heritage began to boil and violently pop out the monotony of sub proletarian urban blocks and, last but not least, the very human need of a better connection with nature summoned a great re think on mixité and connections in urban design and architecture. Designers today have the incredible power to combine together the innovation of distributed networks, mixing together micro grids of sustainable energy, organic food and electric transports with the historical perspective of community social value. Zoning is dead. Long live the eco-mixité of retrofitted urban building stock with minimised demolition, regeneration, urban woodland re-wilding,  ecological agriculture and Commons governance.

Many architects are frustrated by the lack of purpose that comes from trying to squeeze out art from facade patterns tinkering only to wrap up monstrously out of scale phallic towers, that stem out overnight from terrified quiet old blocks in the historical centre of most cities. Much more interesting to use the astonishing powers of imagination and design to address the unfathomable ecological complexity of anthropic systems on Earth, reducing, reusing and recycling.

At Marcel Mauer we try to do precisely that.

In our recent masterplan for the regeneration of a former military area in Piacenza, in the north of Italy, we worked with the existing urban fabric of a former XVI century monastery used before WWII as military compound. Our design focused on minimising demolitions to reduce as much as possible the release of embedded CO2. Only the truly low quality military blocks have been labeled to be demolished. With the same overall volume, state of the heart low emissions offsite manufactured timber construction will provide a mix of temporary accomodation, student housing and built to rent flats. The heart of the masterplan is a public space, a green pedestrian boulevard which runs alongside an area of urban woodland designed to be left as wild as possible in order to increase the buidiversity of the compound leaving the eco-complexity to do its thing. A central building, used to house the ovens of the military bakery, which would feed the once large number of barracks in this part of Italy, will be converted into a mixed use co-working space with workshops and shops for makers, cafes and restaurants. The monastery will be entirely restored and improved in terms of energy efficiency and CO2 emissions. Where once were monks and prayers soon will be offices, studies and a small number of upper range residencies. Most importantly a large area initially labelled by the local authority as car park will instead be used to create urban allotment working in partnership with the nearby café. Between the cafè and the allotments will be a Permaculture garden managed jointly by university students and senior citizens.

Urban designers and architects have incredible opportunities and powerful skills to change the way humans inhabit Earth. It is our duty to contribute to a new regenerative paradigm.

Do it. Grandmas all over the world will be proud.