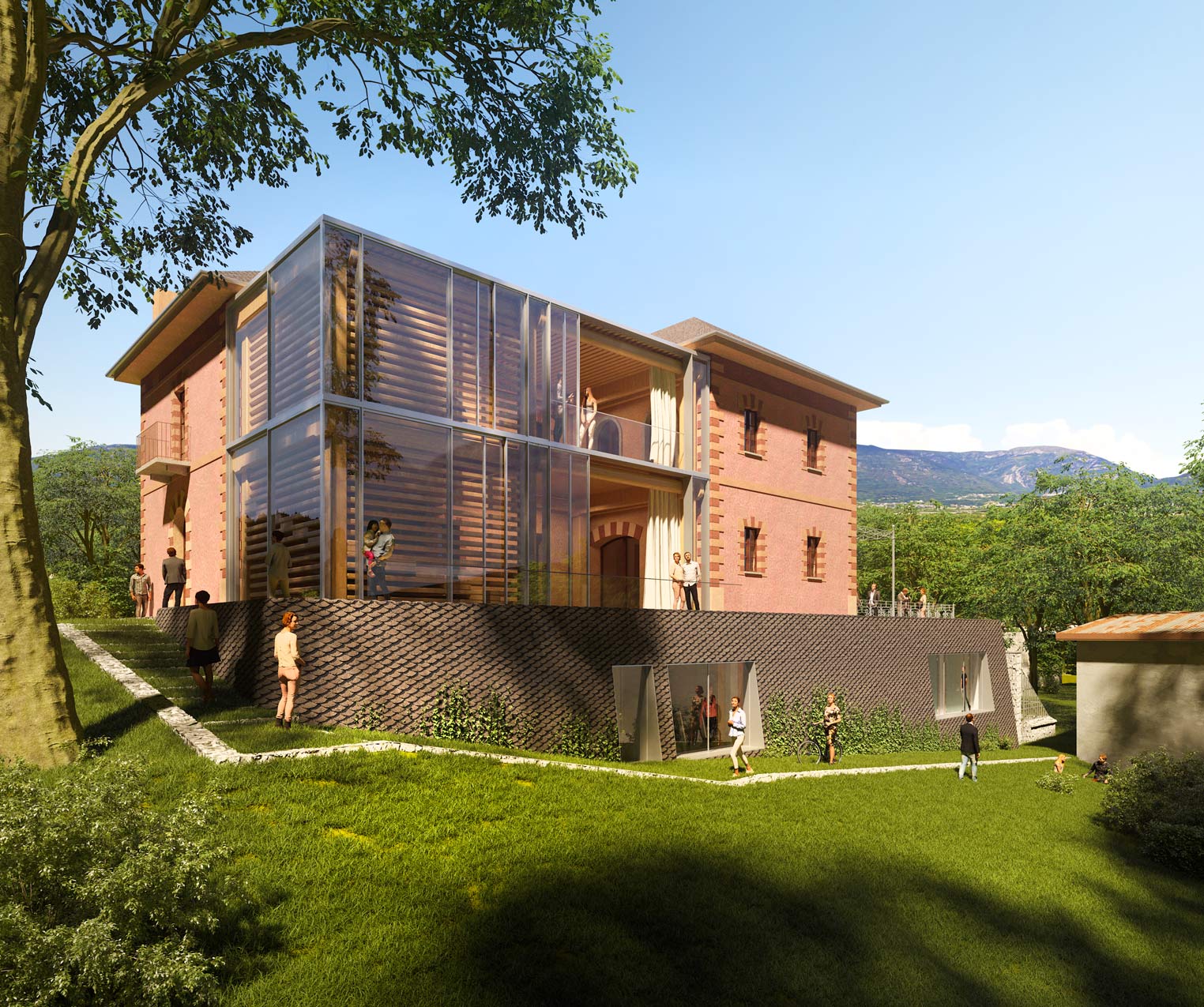 On the Inequality of Latitude and Longitude.

The backlash against the unequally distributed benefit of globalisation takes different shapes and forms in different places across our planet. At smaller latitudes it has at times underpinned post colonial corruption and political violence. A few degrees further north, it has re-ignited the dangerous bonfires of nationalism and populism. Along Longitude things are not looking much better, with inward looking economic policies and, from West to East, embargoes, sanctions and restrictions to the movement of goods, services and people. From Trade Wars to Slowbalisation, the Media have developed a powerful armoury of linguistic explosives to report the rapid change in socio-economic tide. But not all stories are bad, or dramatic, or frightening. The story I will share with you is perhaps not a huge one, but definitely positive and encouraging. It is a story of great mountains, ancient wine and a derelict villa brought back to life by some passionate farmers, politicians, urban planners and architects.

The journey starts with the European Union Local Development Fund, a large pot of money made available to boost innovation and growth in inner areas across the EU, places like small islands and fishing villages, remote countryside and of course our beautiful mountains. From Brussel the story moves to Rome, where the EU Local Areas Development Fund policy is incorporated into the National Strategy for Inner Areas (SNAI Strategia Nazionale Aree Interne). The plot now moves fast forward flicking through years of stakeholder engagement, conferences and debates on how best to retain and foster socio-economic and demographic growth in remote inner areas, that have suffered from a steep decline in the numbers of thriving villages and towns. Whilst unplanned, out of hand development is to be avoided at all costs, also the sudden demographic decline of a historically developed area is a dangerous trend. Something to be analysed, understood and inverted where possible. Whether in France, Italy, Switzerland or Germany, the Alps have long shown such trends of dramatic reduction of local population. Since the industrial revolution young workers have left the native village looking for the buzz and business opportunities of industrialised towns. The two World Wars left communities and economics in a frail state, making living and working in remote, inner areas almost impossible to sustain.

On the risks of dropping the ball

If mother nature could reclaim overnight all the areas developed by humans over millennia, one would see little issue in the downhill relocation of mountain villages. Unfortunately the matter with the relationship between humans and landscape is unfashionably complex and any attempt to a quick and bold, linear fix may win votes but most certaintly miss the point. The problem is that the time of humans and the time of nature have very different clocks. Human clock can witness changes year after year, whilst nature’s clock logs an ecologic, geologic or climatic change in the span of millennia. This somehow slow response of natural systems makes humans’ great powers to alter the surface of Earth burdened by great responsibilities. In other words, we can’t just drop the ball and leave. For thousands of years hunters, foragers and farmers have meticulously maintained inner areas landscape ensuring a balanced synergy of flora and fauna. Channels and rivers have been periodically cleaned to avoid flooding, woodland maintained to avoid soil erosion and land slides, the mix of animal species kept in food chain balance by pre industrialised farming and hunting. The faster the change in human demographics, the more dramatic the impact on natural systems. Dropping the ball and leaving, in the case of inner areas development means removing a fundamental resting point for the delicately balanced human/nature collaboration. Looking after inner areas means keeping forests healthy, soil erosions down and villages thriving with active community life. Put simply, we should protect ancient woodland. we should keep our creeks and rivers clean, we should police and enforce the respect of nature’s balance.

A Lost Ark of Ancient Wine

Among the most active contributors to the Italian National Strategy for Inner Areas (SNAI Strategia Nazionale Aree Interne) is an Urban Planning and Economist called Giampiero Lupatelli. Mr Lupatelli is also the Vice President of Carie Consortium, a multi disciplinary group of companies ranging from engineering, planning, architecture and design. Following on from Giampiero Lupatelli’s leadership and guidance, one particularly switched on local authority from a small mountain lake town called Masera successfully applied and secure funding for an ambitious project. Masera is situated somewhere between Milan and Turin at the bottom of the Italian Alps, along crucial road and rail linking valleys heading toward Switzerland. The proximity of the Alpine lakes makes it for a unique and majestic landscape. The place is not only pretty but also extraordinarily rich in terms of agriculture, food and, most importantly wine. An ancient vine called Prünent, a variety of Nebbiolo, was known to be farmed in the valleys around Masera as emerged from texts dating back to the 14th Century. A group of scientists and wine makers managed to recover the original DNA of the ancient vine and started growing it again. In wine world, this was the real life equivalent of Indiana Jones the Raiders of the Lost Ark.

A Derelict Villa of Contemporary Design

With a far more ambitious plan than raising a glass of Alpine red wine, the Mayor of Masera thought that the re-discovery of the Prünent was worth celebrating with a visionary project: to refurbish and convert a majestic yet badly run down 18th Century villa to create a destination to experience the ancient vine. CAIRE Consorzio involved Marcel Mauer Architects who decided to focus the available funds on a small part of the large estate in order to create a small boutique hotel with wine house.

The main villa has been left untouched whilst the available budget has been allocated to restore some of the ancillary buildings. A low carbon refurbishment design will bring a new mix of use along a contemporary, crisply detailed newly designed annex. In order to reposition the area of Masera on the map of premium wine tasting tourism, the plan aims to create a 5 bedroom boutique hotel whilst lowering future CO2 emissions to near zero. A new architectural two storey volume will be inserted alongside the original building. The new wing will be erected using locally sourced FSC certified lumber and will feature a large veranda overlooking the beautiful alpine valleys. Floor to ceiling glazed curtain-wall has been detailed to maximise the experience of the Masera valley. The few exclusive bedrooms have been designed to ensure an exclusive and memorable experience of the ancient wine and new wine house. The Masera Winehouse will be open to all tourists and local community with a rich programme of cultural, music and art events.

The Masera Winehouse is designed by Marcel Mauer Architecture in collaboration with CAIRE Consorzio for the Municipality of Masera, Italy.
The project is going through an additional funding applicatino to begin the procurement of detail design and construction.
Completion is expected in Summer 2021.