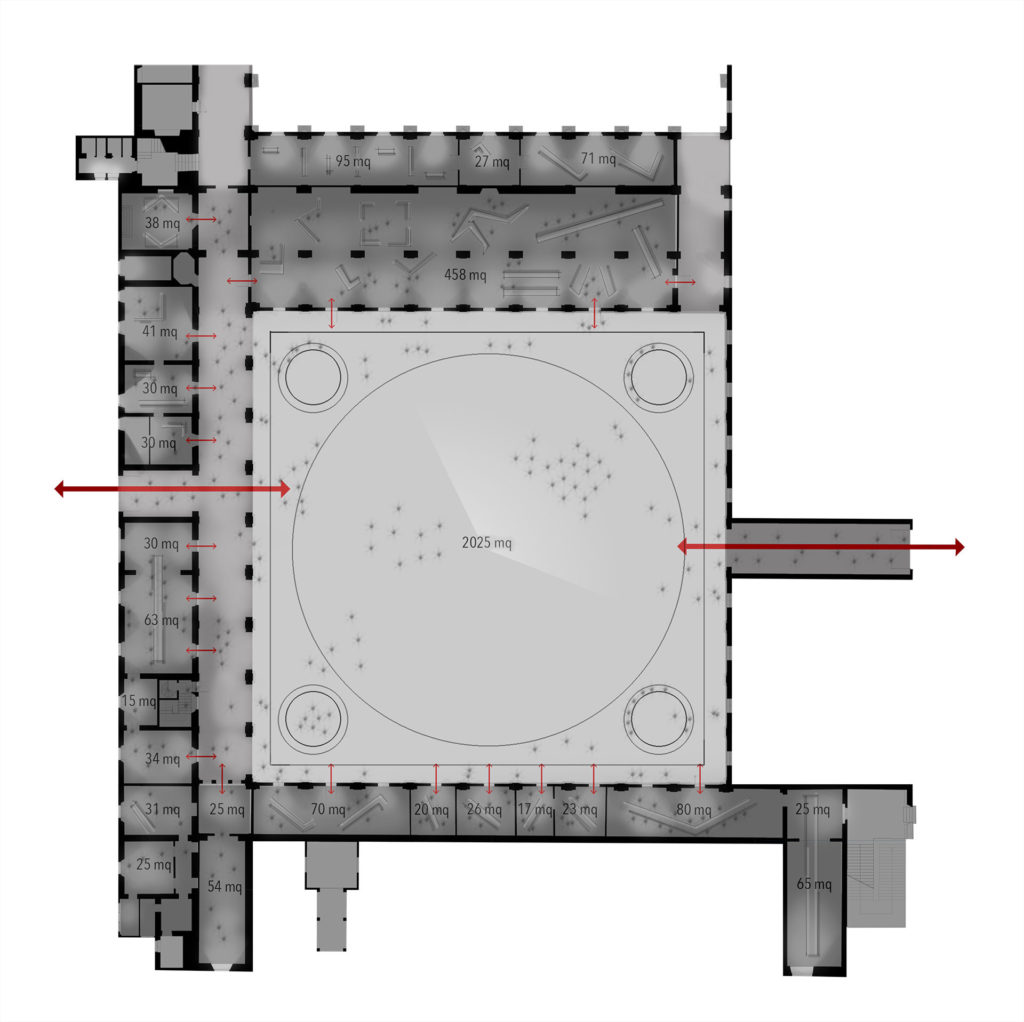 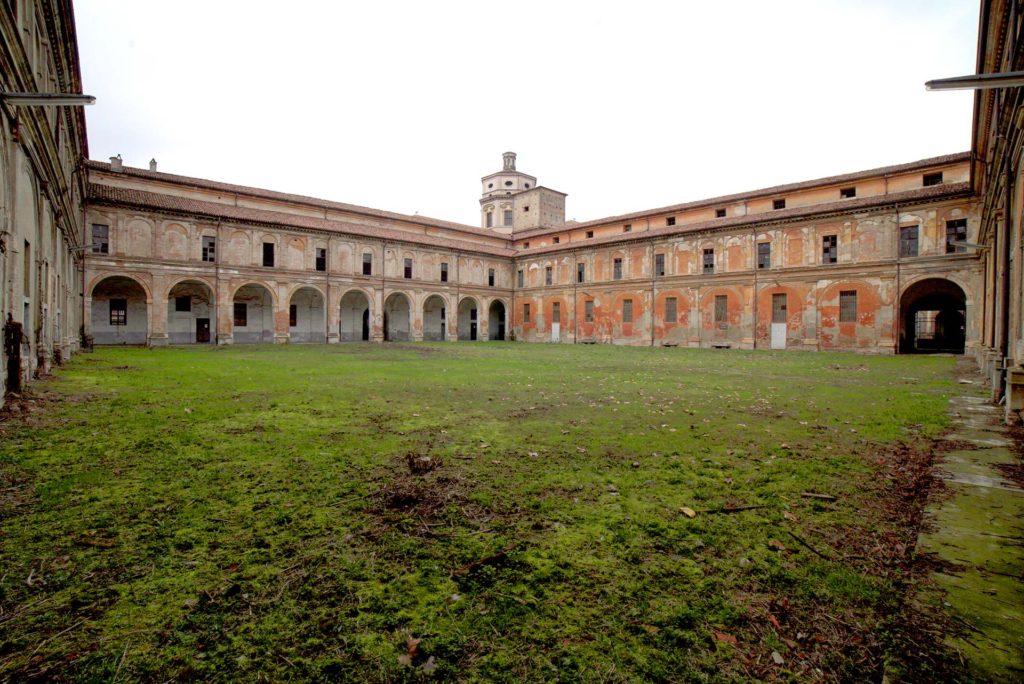 The city of Piacenza is one of Northern Italy’s main logistics hubs. Since Roman times, Piacenza has been, both on land and on water, a crucial waypoint towards the Alps, to the East and West coast lines or heading South. The strategic connectivity value has not diminished until today’s day and age and Piacenza is the starting point for all routes across northern Italy. Key operators such as IKEA, Amazon, Whirlpool, Leroy Merlin, DHL and Unieuro have all set camp in Piacenza for their stock and delivery infrastructure. The incremental acceleration of train travel has made Piacenza a natural extension of the Milan metropolitan area with commuting taking on average 45 minutes. The great density of military assets in Piacenza is also the effect of the city’s unique location. The city boasts among Italy’s most valuable historical military heritage which, in an age of centralisation and automation of national defence, requires an inspired vision for regeneration.
Our project for the conversion of two monasteries, previously used as military barracks, in the city of Piacenza is one of those urban regeneration stories that bring together conservation of historical heritage, real estate strategies and architectural design. Our approach is always to minimise loss of social value and release of embedded CO2 linked to the demolition of existing buildings and to maximise the potential for reuse and recycle of long standing, slowly layered urban fabric. Architectural design becomes the connecting link between, on the one hand, heritage and planning constraints and, on the other hand, the opportunity to match market demand with a new mixed-use programme. Deep understanding of the estate market allowed us to recommend our client a phased programme so that high risk assets can gain value due to economy of location before big Capex works take place. Our masterplan for Piacenza’s barracks start from the creation of thriving hubs for services and active urban lifestyle. This is achieved with low cost temporary uses, ranging from music and street food festivals to farmers markets. As the area gains visibility and desirability the real regeneration scheme can start at a lower risk threshold. Where soldiers used to sleep in long and monotonous rows of bunkbeds there will soon be start-up incubators, co working spaces and student housing. Garages for army vehicles will be converted into bars and restaurants. Renaissance cloisters, once closed off from the city, will be opened up for children to play. The high vaulted ceiling of the monastery’s hall will house a fashion school, music events and art exhibitions. No tree will be felled in the regeneration process.

As architects and urban planners, it is our responsibility to bring new life to existing buildings. These should be preserved and celebrated as they represent primary anchor points for the local community’s collective memory. Demolitions and replacement should be limited to ensure economic feasibility. Existing assets should be repurposed demonstrating the resilience of society’s structure in welcoming change and adapting to new, diverse forms of living through time.